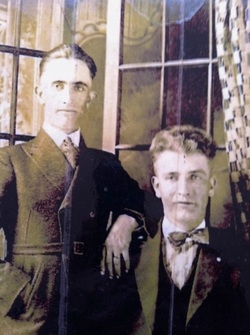 1914- Brothers Harvey (L) and Ord (R) Price decided to go into business together and held their first horse auction sale near Royal Centre, Indiana as "Price Brothers". They later expanded and, in 1920, Ord moved to Stockbridge, Michigan to continue auctioneering under the name "Ord Price,  Auctioneer".  He also founded Price Tractor Co. in Mason, at the corner of Dexter Trail and M-36.

1952- Ord's sons, Maurice, Bob, & Dick, quickly honed their calling skills upon the sudden death of their father. They continued the businesses along with dairy and crop farming ventures and enjoyed selling the livestock auctions every year at local community fairs.  They were great entertainers at the auction sales. Later, Dick & Maurice created the popular "Price Bros. Band"  playing for 25 years at numerous area venues, and in the 1960's  Dick recorded a 45 rpm cover of LeRoy Van Dyke's  "The Auctioneer Song".

2014- Recognizing a need for auction and real estate services in the area, Bob's son, Ben, picked up where his dad and uncles left off.  Ben attended and graduated from the Reppert School of Auctioneering in Indianapolis.  He is also a licensed realtor in both Michigan and Florida. 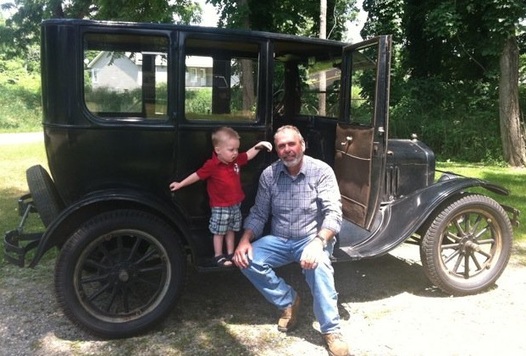 Yesterday, Today, Tomorrow...Your Journey Begins With Us.
Powered by